Berlin is fascinating! The German capital bears many scars left by the Second World War and by an iron curtain that split it up until 1989, yet you go there once and want to return as soon as possible.

Being a Berliner at heart and visiting this city every year, during the month I spent in this incredible city in 2016, I heard the name Mauerpark for the first time.

It was such a discovery that today, this park is undeniably one of my favourite places in the German capital and, as soon as I have the opportunity to go to Berlin, I try to match my travel dates to be there on a Sunday afternoon; since on this day of the week, the Mauerpark is the perfect location to stroll, enjoy the atmosphere and the various activities that are available to you.

During my first visit, as soon as I arrived at the Mauerpark, a rather unique and chaotic energy embraced me, like a mixture of excitement and apprehension, feelings that Berlin always manages, after 10 years of discovery, to give me. And then, the more we walked, the more I absorbed the somewhat bohemian atmosphere of the park.

The Mauerpark is one of the most ungrateful places that was vehemently adopted by the Berliners a few years after the fall of the Wall and arranged with a few planted trees or sown grass, to erase the no man’s land from the Wall. Since then, that’s all it took for this place to gradually become the meeting place for northern Berlin.

Playing basketball on the available field, wandering around the big flea market, listening to the different music groups playing randomly in the park or just enjoying a walk, all is done to spend a great afternoon.

However, the best activity that the Mauerpark has to offer is undoubtedly the Karaoke Bearpit. In the park’s small open-air amphitheater, every Sunday, and if the weather permits it, you can enjoy an original karaoke.

So, at 3pm sharp, it’s time to turn on the sound system and enjoy the show. If you’ve always dreamt of singing in front of a crowd, this is definitely the place to perform. Thus, the Karaoke Bearpit is a popular institution in Berlin that encourages people of all ages, backgrounds and especially all talents to let go their inner groove to a conquered and open-minded audience.

After contacting the founder of this wonderful movement, I unfortunately never received any answers to my questions. However, according to various information gleaned from the internet, this event started in 2009 with the enthusiasm of Joe Hatchiban, an Irish man in his thirties with a wonderful accent, who after having travelled the world and many festivals, gave many people the opportunity to discover the artist in them (or not) by installing his two speakers and his laptop containing all the possible and unimaginable music at the Mauerpark.

There is simply no one who gets bored and even less talented singers receive support from the understanding crowd: Each performance is greeted with a round of applause. The slightest uncertainty is punctuated by encouragement. Moreover, by mixing humour and sarcasm, Joe brings a nice influence to the Mauerpark.

All you want to do is spend your whole Sunday sitting on the steps of the amphitheatre. So, if you are tempted by a karaoke session, or simply want to discover this wonderful place, here is some information that will help you.

Other places in the vicinity of the park provide a perfect complement to a Berlin day out. Here are my favourites:

In addition to the karaoke, Mauerpark is also known for its Sunday flea market. It turns out that this “Flohmarkt” in German is quite amazing since we find everything there!

I was quite sceptical at first and even if you don’t look for anything in particular, you will eventually find something that will stir your imagination. It covers a fairly large area and houses many stands where trends and periods mix from the pre-war period to contemporary creations, including Soviet occupation. This flea market is just like Berlin: eclectic, lively and timeless.

I have a slight preference for two stands, the one for tote bags with Berlin motifs (I must have bought them all) and the one for patches. I am always amazed at the amount of patches we can find, just what I need to brighten up my many tote bags.

The photos are taken from the Mauerpark website and are the work of Ekko von Schwichow.

The best way to start a Sunday, after a well-deserved sleepy morning or in search of a hangover cure, you must absolutely take advantage of a pretty blue sky for a walk in the Prenzlauer Berg district, located just next to the Mauerpark. Among the tree-lined streets and pavements dotted with leaves and shadows, which are welcome during the summer heat wave, treat yourself to a gourmet brunch! Ein Frühstück for those who speak German !

To tell the truth, I have absolutely no reminiscences of the addresses I have had the chance to try in this neighbourhood, however, every terrace is conducive to a thousand and one delights. I leave you with this article from I Heart Berlin, which offers a selection of brunch in the Prenzlauer Berg district.

You can also go to the KulturBrauerei (cultural centre) to enjoy a good beer and where the atmosphere is great (I still remember Euro 2016 over there, it’s the perfect place to attend such events. And then, after that, instead of taking a nap, go at 3 pm for karaoke!

BERNAUER STRASSE, THE REMAINS OF THE WALL

On every street corner, Berlin shows a piece of its history. You can’t escape it and that’s a big part of its charm. Bernauer Strasse is one of those symbolic places for Berliners and it is, in my opinion, essential to take a tour there in order to understand what separated the city of Berlin for 28 years!

This road leading down from the Mauerpark shows the division the city experienced: the facades of the houses were on the east side while the pavement was already on the west side. As a result, it was the scene of escape attempts, some spectacular and successful and others unfortunately missed. Then the windows were walled in and the buildings evacuated.

Today, the Wall has disappeared for most of its initial length, but a trace remains marked on the ground in order to delimit and not forget what happened, and this for about 6 kilometres. Berlin wants to preserve this and, above all, to highlight it so that it is not forgotten. But who can forget the Wall of Shame?

This route is a precious and poignant witness to a recent and dramatic history. We may not know it, but many walls around the world have also been erected, and are still being erected “proudly” today, by people who want to separate peoples for various reasons.

So, for about 1.5 kilometres, you can walk along the Berlin Wall Memorial, or also called the Memorial at Bernauer Strasse, to understand this border feature with the help of signs explaining the history of this street.

In addition, the wall is still up for 200 metres to give you an idea of its corpulence. It is clearly not as beautifully decorated as at the East Side Gallery, which gives a better view of what the Wall could have been. There is also a visitor centre that documents the division of Berlin and Germany. Admission is free and is towards the end of Bernauer Strasse if you leave from the Mauerpark. From there a terrace has been built to raise the height and see this piece of no-man’s-land from higher up.

The memorial park, the Gedenkstätte Berliner Mauer, is located just before the Berlin Nordbahnhof S-Bahn stop and also provides a view of the Wall and its history.

There are many places in the city that pay homage to the Wall and its history, yet it remains one of the most important. It may not have been at Bernauer Strasse that the great popular mobilisation led to the opening of the border on 9 November 1989, but every place marked by this Wall of Shame deserves a visit and a moment of its time in order to not forget.

There are many cafés along this street, on the side where the Wall did not stand, providing a welcome break between two sections of history.

In addition, thanks to the Berliner Unterwelten, you can take a guided tour into the depths of the city. I highly recommend the guided tour “Under the Berlin Wall” in English. You will have the opportunity to discover places that are closed to the public and to hear new stories about the Wall. 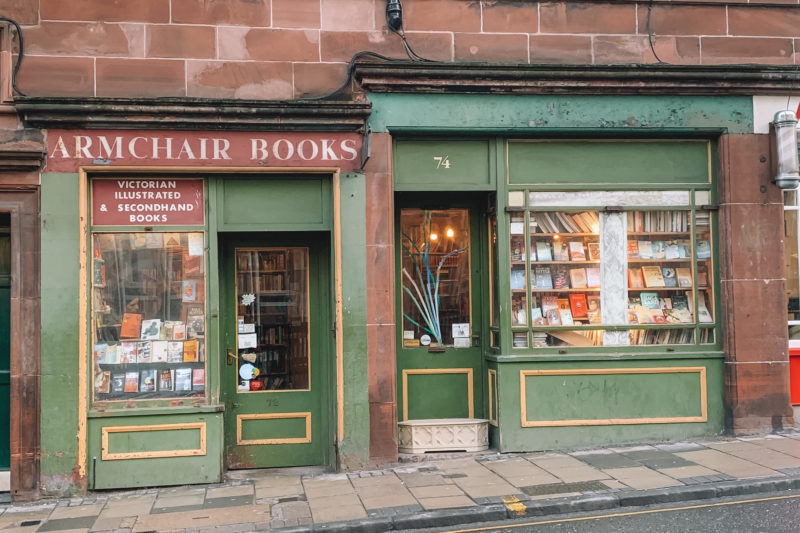