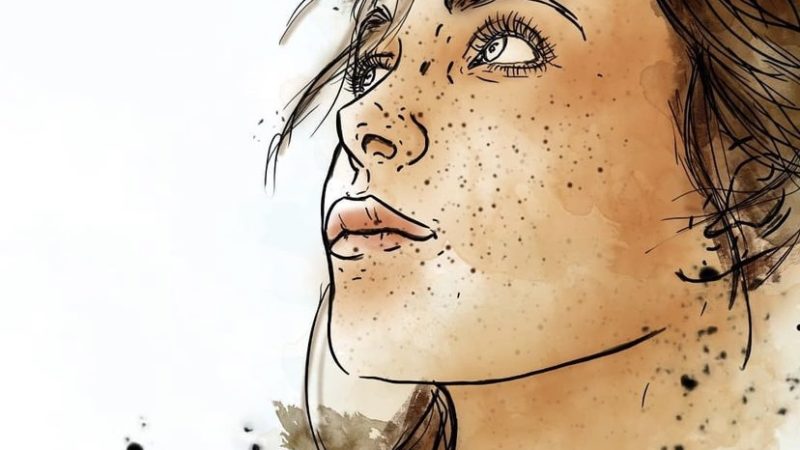 *The cover photo was taken by the talented Léa

Long before I thought about my own cultural identity, I was telling myself that three simple facts could define me: my first name, my age, and my nationality. Then, growing up and traveling mainly, I realized that other, much more significant features could also characterize me, although putting words or theoretical terms which, such as “cultural frameworks” or “small cultures” on all this, does not really help to understand the complexity of this issue.

I had to leave, travel a little to understand something: I am constantly changing, I open my eyes to the world and I confront my opinions, which transforms my identity. Traveling and becoming more adult, has taught me that you cannot be associated with one feature only. I am still Alessandra (although few people call me that, but rather Aless or Ale) and still Swiss, my age differs over the years as does my identity. It’s not something that is anchored or stabilized. Over time, it changes.

While sorting through my academic records, I came across a report that I had to submit in December 2019 as part of my Intercultural Organisational Management course at Napier University in Edinburgh.

So it occurred to me to add a new page to the blog, around travel and my reflections (click here to get there). So I am posting this report here, which has been very well received and which allows us to take into account important information when we think about voluntary work. This report stems from my personal experience but also from a reflection made throughout the semester in this course, which was very interesting and enriching. This puts certain practices into a better perspective.

Volunteer tourism, or voluntarism, is a growing trend. But the sector is controversial (Wearing & McGehee, 2013; Guiney & Mostafanezhad, 2015). Halfway between tourism and humanitarian volunteering, the economic model of these companies has been booming since the 1990s (Miller, 2019) and continues to play a significant role in the idea of post-colonialism (McMichael, 2016) and in the exploitation of the Global South (Bandyopadhyay, 2019).

There are many discussions around volunteer tourism in terms of positive and negative effects on the different actors involved (Wearing & McGehee, 2013). Indeed, moving from a simple term of “volunteering” to “voluntarism”, we can definitely ask ourselves today whether the objective of volunteer tourism is to bring the Global South to the same level as the developed Global North or to force them to remain the same different, exotic and pure as they are projected (Bandyopadhyay, 2019). Therefore, does volunteer tourism make a real difference?

By referring to academic sources, stakeholders involved and intercultural issues, intersectional power, the role of the media, and the language will be analyzed. Finally, a brief part will examine my own reflection on volunteer tourism.

Voluntarism has become a real industry that brings together different stakeholders. These aid projects exist all over the world, determined by the same configuration: volunteers from the North who go to help poor communities in the South, through a wide variety of tourism or profit-making organizations, such as private companies, universities, or associations, which organize the project against expensive remuneration.

In this context, the volunteer thinks he/she is doing good while traveling. As Bandyopadhyay (2019) states, a volunteer’s vision ranges from « mixing travel and work, hedonism and purpose, charity and self-growth.” However, what are his/her real motivations? Does he/she have the skills to care for children in orphanages or to work in hospitals?

Ethical limits come into play that cast doubt on the real investment of volunteers who find themselves in an unknown place, where they do not understand the language and where their role is ambiguous since volunteers perceive themselves as helpers but, in reality, this ideal designation proves unrealistic, once the unusual and difficult cultural conditions and their reduced skills have been added to the equation (Palacios, 2019). The image of the volunteer can be compared to the one of the “White Savior” (Bandyopadhyay, 2019) or the one of the “Barbie Savior” (Wearing, Mostafanezhad, Nguyen, Thanh Nguyen & McDonald, 2018), which refers to the idea of colonialism and to the real motivations of volunteers in terms of how they perceive and do volunteer work.

Moreover, Gray & Campbell (2007) mention that “while it is important to understand the volunteers, they represent only one half of the story”. Indeed, there are very few studies that focus on the benefits or negative aspects towards host populations. Guttentag (2009) states that there is great neglect of the desires of locals, a reinforcement of the conceptualization of the “Other”, and encouragement for cultural change.

There is still a great complexity of power issues and relationships in contemporary global voluntary tourism contacts (Wearing, Young & Everingham, 2017). We must look at the structural inequality that is reproduced at each encounter. Indeed, volunteer tourism brings economically powerful volunteer people (Mostafanezhad, 2013), who have sufficient resources to afford a trip abroad, and disadvantaged host communities where poverty is a criterion for which voluntarism exists.

Concerns about helping reinforce this inequality of power and privilege and can lead to neo-colonial thinking, since the discourse (see the section below on language) of volunteering is based on the idea that a Westerner, even inexperienced and unskilled, can be an agent of change and development.

This inequality of power is enhanced by the fact that it is only Western companies that offer “volunteer packages” to see and help the “spectacle of the Other” (Hall, 1996). This is reinforced by the comments of Sardar (1999) who explains that “the real power of the Global North does not lie in its massive economic development, but rather in its power to define, represent and theorize the “Other”.”

In the end, power is in the hands of volunteers who have paid to assume the role of specialists in local communities of which they know little (Wearing, 2001; Raymond and Hall, 2008) and sometimes for which the host feels inferior and lets the volunteer do it his/her way because he/she needs the money given by the helper (Stanley, 2017, p.112).

Role of the media and language

The volunteer tourism imagery is based on a discourse of saving and helping others. Indeed, companies that send volunteers abroad use language to make a difference to attract volunteers which reinforces the fact that volunteers leave for unreasonable reasons (Simpson, 2004). This advertising role builds a cultural and racial self for volunteers while for hosts, we find an idea of “otherness” (Stanley, 2019).

The role of the media and advertising for volunteering is clearly a kind of profiling of volunteer tourists and not of people in need, in order to express through a marketing objective the motivations of these people to be volunteers in order, then, to better meet their desires (Guttentag, 2009) and not to meet the desires of local communities. Palacios (2010) expresses the fact that the denomination of “volunteer” is also an important social marker of identity, what companies have understood and try to promote.

These companies offer catalogs with locals, often with children, that promote what Westerners find exotic and not the reality. To find volunteers, they will never, for example, highlight the traffic jams in São Paulo or the slums in India. Indeed, if we take the website of Projects Abroad (n.d.), which defines itself as “an international social enterprise specializing in the organization of volunteer missions abroad”, we quickly notice that its offer is worthy of a major tour operator with many destinations around the world. They highlight people to make a difference by going abroad but as Kascak & Dasgupta (2014) would say, can individuals taking pictures surrounded by poor children be ever justified in making a difference?

My own reflection on volunteer tourism

My feelings about volunteer tourism are simple but also complicated. As such, I have no problem with people who want to help and travel through volunteer tourism, since it can create good for communities and can be mutually beneficial. I don’t mind if people want to spend a lot of money to go and help, but it would be better to turn to local and not international agencies. In addition, I think it might be good that qualified people work in developing countries where there is a need.

However, I think that in order to avoid contributing to this business and maintaining all the criticisms that have been made on this subject, we should simply ask ourselves the right questions before leaving abroad. What I don’t like are projects that are not needed at the local level, that don’t take cultural differences into account, and that are more focused on the aspirations of volunteers than on the community they are trying to help. Indeed, I find that the motivations of volunteers are very paradoxical because the final aim is never really to help people but rather to help oneself, to contribute to one’s own development

It cannot be denied that volunteer tourism is the subject of strong criticisms and there are valid concerns. It is true that with all this, as Wearing, Young & Everingham (2017) state, we are missing what voluntary tourism should be, which is bringing together volunteers and host communities, whether through preservation or community-based projects to cooperate in reciprocally valuable cultural interactions.

I think that a greater awareness of the possible negative impacts of the sector is needed so that missions can be developed in an optimal way for all stakeholders. 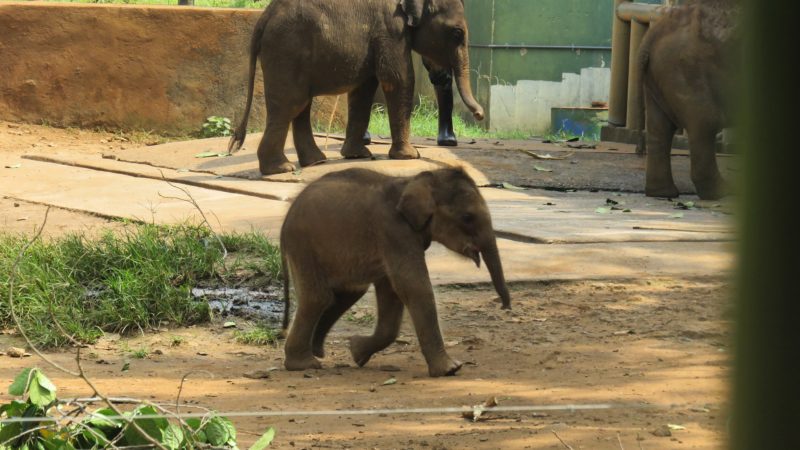 *This article has been first published in April 2019 in French. Since that date, many things might have happened which is not mentioned there.

This is the question that has been debated for some time about this place, which is well known from the tourist circuits and which I also visited during my stay. By doing a little research before our trip, this orphanage seemed interesting and reliable, mainly because it is under the aegis of the government. Hotels in the area are also well rated on various sites (I always rely on Booking.com) and we had found just the right accommodation, the Elephant Bay Hotel, from where we could see the elephants bathing in the river.

The orphanage was created in 1975 by the Sri Lankan government to collect, care for and protect the elephants, the sacred animal of the island, which are victims of malicious owners, hunting, poaching and deforestation, and which have been thrown out of their natural habitat. Located in a national park, when it opened, it had only five baby elephants. Nowadays, the orphanage, located in the village of Pinnawala, is home to nearly 90 elephants, males, females and young elephants combined.

So, at first glance, it seemed like a fantastic place where we could make a positive contribution to the well-being of these animals and then when we hear “elephant orphanage”, it seems like it should be legitimate, shouldn’t it be?