For a Zurich or Geneva resident, time in Bern passes more slowly. Overcoming a hard-skinned cliché, it is true that hurry and frenetic activity are foreign words in the capital. The Bernese naturally declare that they are celebrating a true “art de vivre”. They even have their adage for their city: “Bärn i ha di gärn”, which could be translated as, “Bern, you are in my heart”. And you have to admit, you let yourself be carried through the historic town and take the time to appreciate what the town and its people have to offer.

ITINERARY THROUGH THE SWISS CAPITAL

Just 1h30 by train from Vevey, we start our visit by heading directly towards the old town of Bern as we leave the station (follow the tram route on the left). We will first greet our political leaders who are based in the Federal Palace. It is in this imposing building that our elected representatives gather. A guided tour is possible and free of charge. If you would like more information, I will let you discover the attached website: https://www.parlament.ch/fr/services/visite-du-palais-du-parlement.

On the other side of the building, I recommend that you take a look at the terrace, which offers a magnificent view of the Aare and the Gurten, the emblematic hill of the Bernese people. Besides, the Bundesplatz often hosts events in summer and winter (for example the Christmas market or the ice rink) or, as on one of my last visits, a mini football tournament.

Built on a peninsula and listed as a UNESCO World Heritage Site since 1983, the Old Town is one of the best examples of medieval town planning in Europe, according to Wikipedia. The romantic character of the historic centre, which is surrounded by the River Aare, is undeniably due to the architecture and the long cobbled street that begins after the Käfigturm. Despite this, I find that the city’s cachet lies mainly in the mosaics of the roofs, which from a distance give another perspective of architectural unity and which remind me of cottages lost on a British cliff (a vision that can be imagined when crossing the Kornhaus Bridge).

We get closer to the old town by seeing the Clock Tower, the Zytglogge in the Bernese dialect. It is the gateway to the historic town and is the oldest building in Bern. Its special feature is its astronomical clock built-in 1530 by Kaspar Brunner. It is worth seeing it at peak times when the figures come alive in turn to end up as an authentic parade. You can visit it (guided tour) and enjoy a closer view of the rooftops of the old town and its long cobbled street.

After admiring this doorway, we then let ourselves contemplate the long promenade which is said to be one of the longest covered walkways in Europe. More than 6 kilometres of arcades delight shopping enthusiasts. It is pleasant to stroll through the stalls which are not always within sight since many shops have developed in “cellars”. However, if you are looking for a large shopping centre, head to the Westside, which is located in the west of the city. Take tram number 8 from the station and get off at the end of the line (stop Bern Brünnen Westside). Take advantage of their offer including shopping and thermal baths.

Enjoying strolling through the Old Town, especially on Sundays, we continued to the Collegiate Church, the Gothic basilica of the capital, a highlight for walkers and tourists. During the week, it is not unusual to come across public employees having their dinners in the pretty square, furnished with bright red tables and chairs, and workers who, even in the summer, can’t dream of anything better than taking a dip in the meandering Aare during their lunch breaks or simply relaxing on the terrace of the Collegiate Church a few steps away. It feels good there. Friendly called “Pläfe” by the Bernese, there are many activities to enjoy: picnicking, playing pétanque, table tennis, relaxing on a bench or on the self-service terrace of the Plattform café, or simply contemplating the magnificent view of the Aare and the surrounding area!

Bern Cathedral is the most impressive late Gothic monument in the city, but it is above all the largest and most important church from the Middle Ages in Switzerland. The bell tower dominates the roofs of the old town and is the highest in Switzerland. It offers a magnificent view over the city and the often still snow-capped mountains of the Bernese Oberland. It is worth climbing the 344 or so steps. Simply avoid finding yourself at noon, when you come down from the tower, in the room where the bells are stored, as they ring the twelfth hour very deafeningly. You will climb up there for a fee of CHF 5.

To discover the city further, I recommend crossing the Kirchenfeld bridge which connects the Casinoplatz in the old town (right next to the terrace of the collegiate church) to the Helvetiaplatz in the district of Kirchenfeld. After crossing it, we go down to the banks of the river to admire one of the most beautiful views of the capital. We can rest a little at the Schwellenmätteli restaurant, which offers a pleasant spot directly on the river and its lock.

The walk continues along the Aare to the BärenPark, the bear park. In Bern, you will physically meet this ubiquitous bear. You will have the opportunity to see Finn and Björk and their daughter Ursina.

Accessible at all hours and free of charge, the bears have been living since 2009 in this vast sloping enclosure on the riverside facing the old town. Present from 1513, until 1857 they were in the Old Town on the square still known today as Bärenplatz, the Bear Square, then at the Bear pit (which you can see at the very top of the park), and finally in the Park.

The bear as a heraldic animal is an important symbol of the identity of this canton and the town. It can be found almost everywhere, symbolically and physically, in the city, but above all on the flag of the Canton of Bern. The name Bern comes from the former German “Ber” and is based on the legend that Duke Bertold V of Zähringen defeated a bear and founded the city in his honour.

At this point in the discovery of the city, several opportunities are available to you. You can head for the Zentrum Paul Klee. In this museum, you will find the world’s largest collection of works by the German painter, a great figure of the first half of the 20th century. Many exhibitions are running all year int the center which makes it an important spot for art lovers.

If you think you’ve already explored the capital well and it’s time to enjoy a good beer on the way home, you can return via the Nydeggbrücke, a bridge that leads directly to the old town and its many terraces and cafés.

But after a short break to contemplate our favourite teddy bears, we opted for a destination that offers a beautiful panorama of the Old Town: the Rosengarten or Rose Garden in English.

Overlooking the bend of the Aare, this spacious park offers peace and relaxation to those in search of it. The rose garden is a real paradise for all those who appreciate flowers, nevertheless, we ventured to this pleasant spot to discover the magnificent view over Bern. We greatly enjoyed spending a few hours in this garden, a real incitement to enjoy the present moment. The terrace of the Rosengarten restaurant is also an invitation to relax and linger here to catch the sun’s rays and enjoy its delicious (and expensive) desserts.

Instead of coming back through the old town, we went through the other side of the Aare, to get lost in more residential areas, a place that seems ideal for living just a few steps away from the centre of the capital.

Before concluding this charming day, you can head for the charming Botanical Garden of the University of Bern, located right next to the Aare. Faithful to the representation of botanical gardens, this one is no exception to the rule of offering beautiful bucolic places and plants from all over the world on more than two hectares. It is a pleasant place to rest after a day’s wandering around the city.

Finally, we ended our walk of the capital by enjoying a good beer and ice cream on the terrace of the Chez Edy brasserie just a stone’s throw from the Federal Palace. This is an address I recommend. It’s a great place to watch the older population of the capital playing chess or tic-tac-toe and still debating the world, in a Swiss-German for once understandable.

P.S. : Notice to football fans, but especially to fries lovers :

For the moment (because I haven’t yet tested those from all the Swiss stadiums), the best fries are at Wankdorf.

So don’t hesitate, go and support YB or another club in the Wankdorf Stadium to taste some good fries with their secret ingredient that gives this little extra something delicious.

Hint ? It’s a red spice that comes from Hungary. 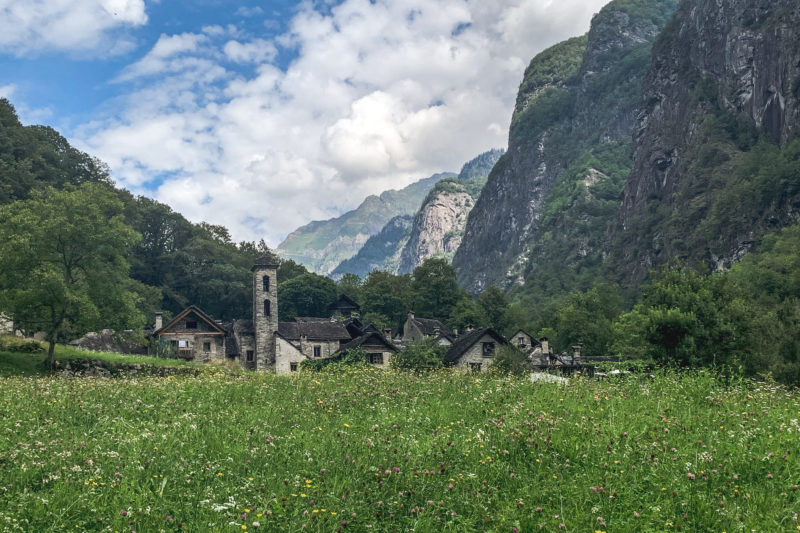 6 places off the beaten track in Ticino 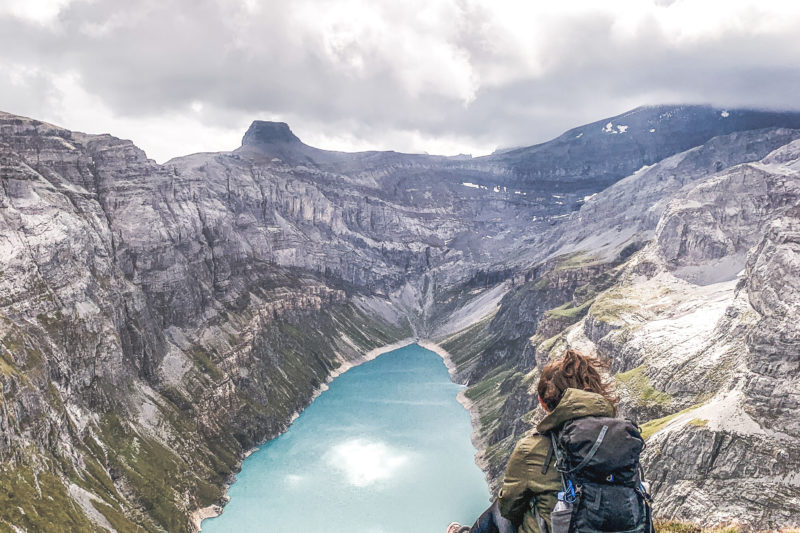 A daring hike to the Limmernsee 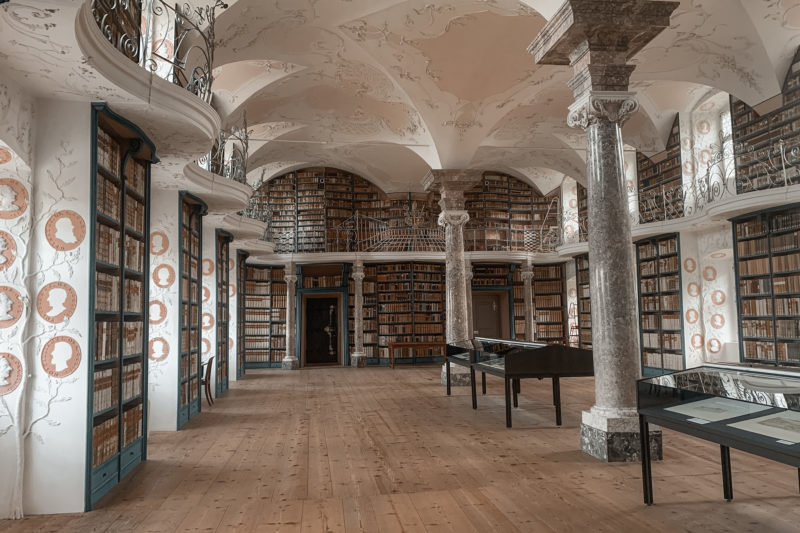 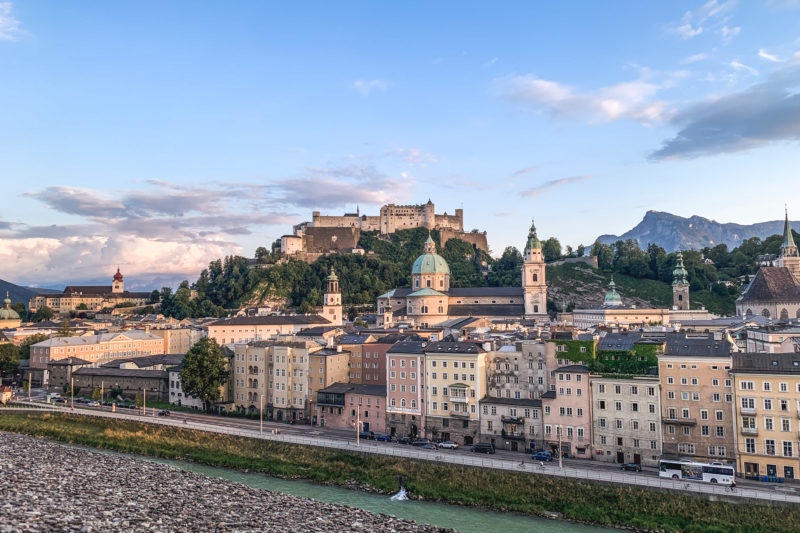 36 hours in Salzburg, between tradition and modernity 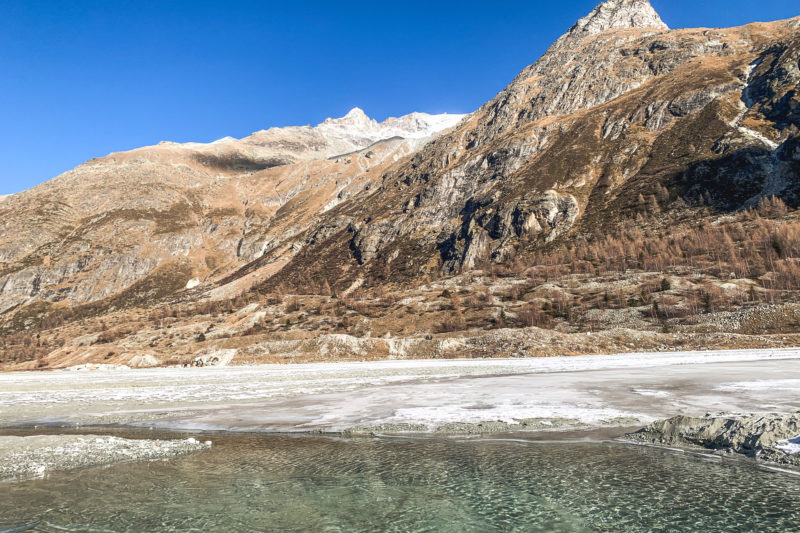 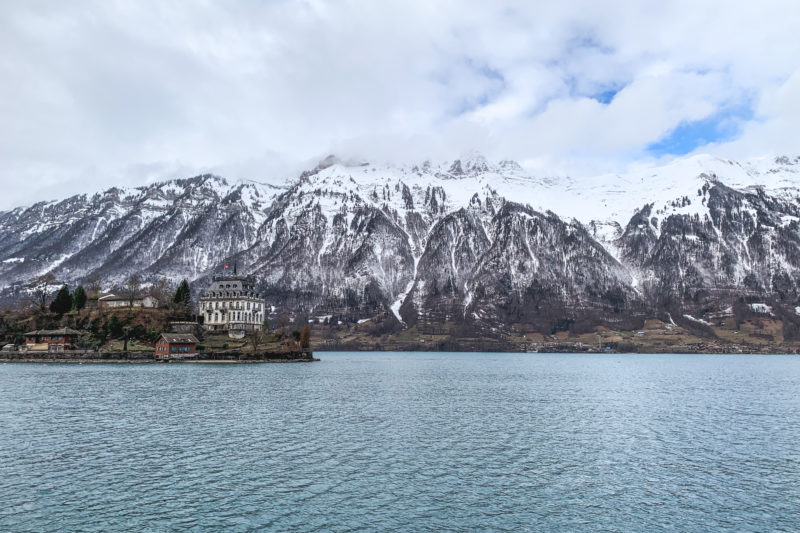