In Milan, there are two teams – AC Milan and Inter Milan. The rivalry between these two teams and their fans is tremendous and can divide families, however close they are, or turn peaceful neighbourhoods into civil war zones. Or make me rethink my friendships/love affairs.

I’m not Italian, and it’s true that the culture of football is not very deep-rooted in Switzerland, where I come from, but I consider myself a true tifosa. The word tifoso, which means supporter, comes from the infectious disease typhus (Italian: tifo) which, if left untreated, causes a high fever, just as the tifoso, a football fan, “suffers from football fever”.

Having two great teams in a city means a vibrant derby and an effervescent atmosphere of clamour, delirious Italian language soliloquies (insults that sound flowery in Italian) and competition. I often talk to you about my travel bucket list, but it’s true that I would have to add a personal element to this: that of attending mythical football derbies (in Rome, Manchester, Istanbul or even Buenos Aires). I was mentioning here the one I experienced in Edinburgh.

So yes, much of the myth and legend of football is built around famous rivalries. These matches are very important to fans and often take on more significance than any other match on the calendar. And the results can mean bragging rights for the winners for months or even years. This is also the magic of sport (if you are part of the winning team, by the way for the 2021-2022 season, i campioni siamo noi).

So in Milan, it is important to choose early in life if you are tifoso/a of Milan or Inter, because it is true that this will determine to a large extent, with whom the Milanese will spend their weekends, and this until the end of their life (more or less). Often it comes from family loyalty, it’s true like me (even if I had a rebellious period supporting Inter to annoy daddy).

And how can you understand that this football team is so popular abroad? I told you, I’m not Italian, I have no roots in Milan. I owe my love of football to my father, and we cultivated it together as a family, travelling to Milan several times a year to watch the games. This is also a phenomenon to be taken into account from a tourist point of view, the attraction of spectators to travel to see a favourite sportswoman, a favourite team or even major events such as the Olympic Games.

My experience at San Siro

Going to the stadium in Italy is a summary of the distinctive Italian life. The spectacle is not only on the pitch but also in the stands, overrun with the flowery Italian language sweets of the tifosi who do their best to encourage (in their own way) the 11 aesthetes in the red and black shirts. At the San Siro, I feel at home, surrounded by strangers but connected by the same passion, that of football

I started going to the San Siro in 2009/2010, a season not exactly memorable, with Milan finishing 3rd. Paolo Maldini (Captain of Milan and Italy for many years, he was nicknamed “Il Capitano” – “The Captain”), having just retired, I couldn’t even attend a match with the mythical defender as the Rossoneri’s second last defence (well Kakà, had also just been transferred to Real Madrid, but I would see him at the Santiago Bernabéu, some years later).

More than a shot of adrenaline every time I go to a match, the complete experience, thanks to the mythical San Siro stadium, keeps me coming back. Admittedly, I have visited stadiums all over the continent and even in South America; some bigger, some with just as much history, some more modern, some perhaps even more aesthetically appealing. However, nothing compares to the San Siro.

Since I first came to San Siro over 10 years ago, some things have changed. There is now a San Siro metro station, and the stadium was renovated for the 2016 Champions League final. In fact, the name of the station has technically also changed to DAZN San Siro Stadio.

And it took us 10 years to win back the scudetto! Although the attendance in recent years has been lower, the atmosphere has remained the same as always. As if anchored in that glorious and historic past that every tifoso or tifosa, even those not born at the time (like me), feels for their club.

I always feel the excitement of climbing the stairs, well too many stairs, to the second tier (my favourite place to book a seat), just to get that feeling of anticipation as we approach the most beautiful sight of all – that field of grass in the middle of that temple of concrete of all colours. As soon as you arrive at the stadium, there is no silence, there is no quiet moment once you see the San Siro (unless you are visiting without it being a match day). The cacophony of Italian match day football overtakes everything and the excitement emerges.

Sitting in any seat, the architecture of the stadium gives the impression that the sound is amplified and this creates an intense cauldron effect. The atmosphere is incredible. Even when the stadium is half full. It’s something different, something mythical, to watch a sports match in Milan, and in the end, it doesn’t matter which team is playing.

Coming out of the metro station, or arriving by tram, the recognisable silhouette of the stadium gives the feeling that you are about to witness something special, something you have never seen before, even though it is always the same stadium and the same home team. This attraction to the stadium, apart from the sporting performance of the two teams that call it home, is due to its revolving turrets and its roof, which seems to hang down. And then, it comes even much more impressive, during an evening match, when the stadium is lit up by the night sky or by a dazzling sunset.

Every time I visit the stadium, my mind wanders to the reasons why I come back each time, more excited than ever. San Siro will always be special to me because it was the first place where I really understood that the beautiful game, even if I was just a spectator, would have great importance in my personal and professional life.

At the end of a football game, it is essential to go out for a good meal, no matter what the outcome of the game. It’s often more of a hassle when it’s an evening game, with many restaurants already closed, but who cares, you always find a restaurant that doesn’t look like much from the outside (and luckily supports the right team) but has delights for your taste buds. I love Italy (but you already knew that) and one day I look forward to discovering other local customs reserved for the various Italian tifosi.

This is also what I like when travelling, discovering local customs, and the routines of the inhabitants, and this are done through football. A sport that for some people becomes a cult, a religion. Sometimes it amazes me how much one can adore a football team as a spectator and yet here I am again, always in the stadium, federated by a community enthusiasm around a club and a story.

I had the chance to interview in the course of my bachelor thesis the marketing manager of Yes Milano (which supports the good team) about the impact of the city’s football clubs in promoting Milan abroad. It goes without saying that the impact is important, although not as considerable as in Munich (another city I had the opportunity to discuss the subject) where the prestige of the club on the European scene attracts tourists every year.

In Milan, the impact, as I said, is more limited, but it has never been measured in detail (interview dated 2021), as the city is positioned more for visitors attracted by art, gastronomy and shopping. Indeed, that’s all I summarise in my Milan itinerary here. However, the city highlights on its website, as I mentioned here for the link between Leonardo da Vinci and Milan, places that echo the club’s history with the city: AC Milan locations in the city

The same article was written for Inter fans, and we understand the marketing impact that (big) football teams can have on tourism.

Where to see a game in the city of Milan?

However, what I missed the time I came to see the Milanese madness for the potential scudetto (in May 2022) was a bar to watch the football match (Milan was playing in Sassuolo), having travelled to the Italian economic capital each time to watch a match at the stadium.

I was finally able to see the football game from the street, as the chosen bar already had the necessary reservations inside, but was kind enough to put televisions against the windows for us unfortunate spectators. And what an incredible atmosphere!

It’s true that, in the end, I was racking my brains to find a place to watch the game, coming, alone, from Turin after a few days of hard work for the Women’s Champions League final, but it would have been enough for me to follow any group of people wearing a red and black jersey, as every corner was populated by milanista or interista (if Milan lost and Inter won, it was Inter who would win the title…) on their way to support their team in a local bar. As I had to meet some friends, I headed to the meeting place, the Offside Sports Pub.

It was the perfect place to watch the Milanese victory, although from the street and with the clamour of the tifosi present (did I mention the owner wanted to call the police and turn off the televisions if we didn’t make less noise?)

If you are in the area and want to see a football match, I highly recommend it. We could also have gone to Casa Milan, the club’s headquarters, but I thought the influence there would be too overwhelming.

If you want to get closer to the city centre, I recommend these options, which were recommended to me by locals:

Information you need to have to get to San Siro

Metro: Line M5 (Linea Lilla), stop DAZN San Siro Stadio, or Line M1 (Linea Rossa) stop Piazzale Lotto, then walk along Viale Caprilli to the stadium (along the racecourse). This is what we used to do before the underground, the violet line, came into service and served the stadium directly. Don’t hesitate to take this route, if you want to see football-related graffiti along the Viale.

I’ve never driven directly to the stadium, but the official Milan website shows you the car parks here.

If you want to buy a ticket for a match, I strongly recommend you to go through the official AC Milan ticket office (or Inter if you choose the wrong team…).

And you, have you ever travelled to a football match? Or even a sporting event? Tell me in the comments. 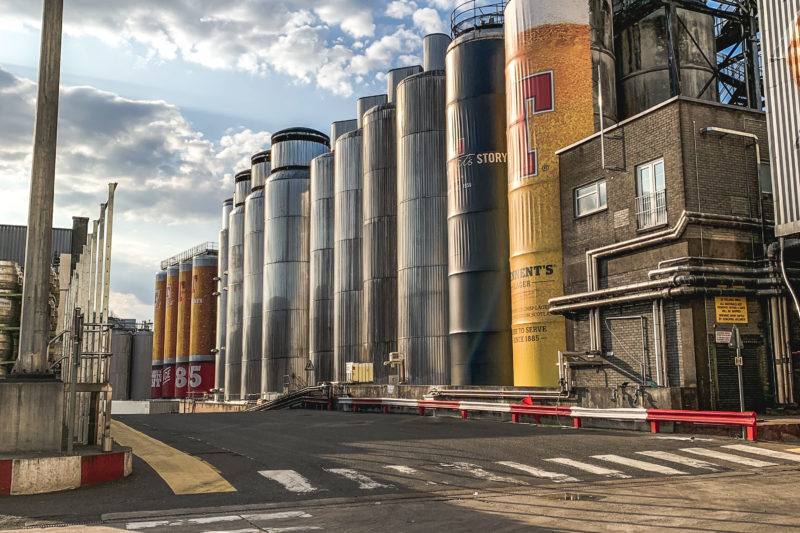 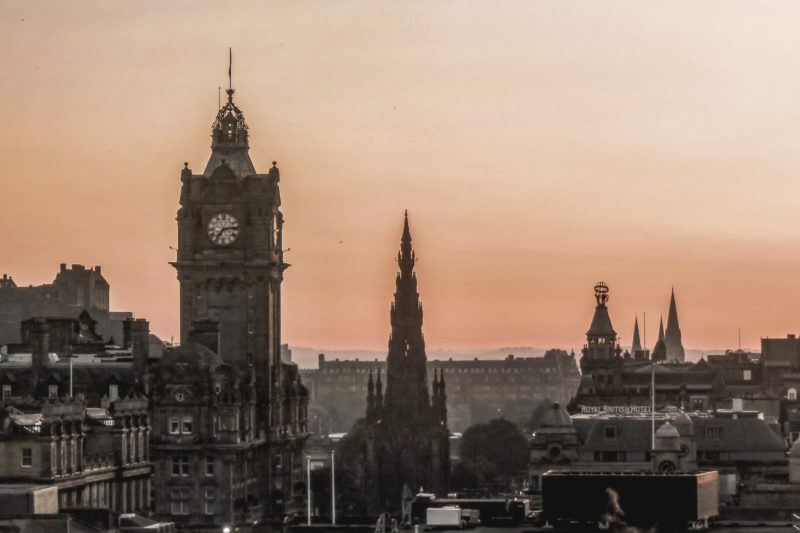 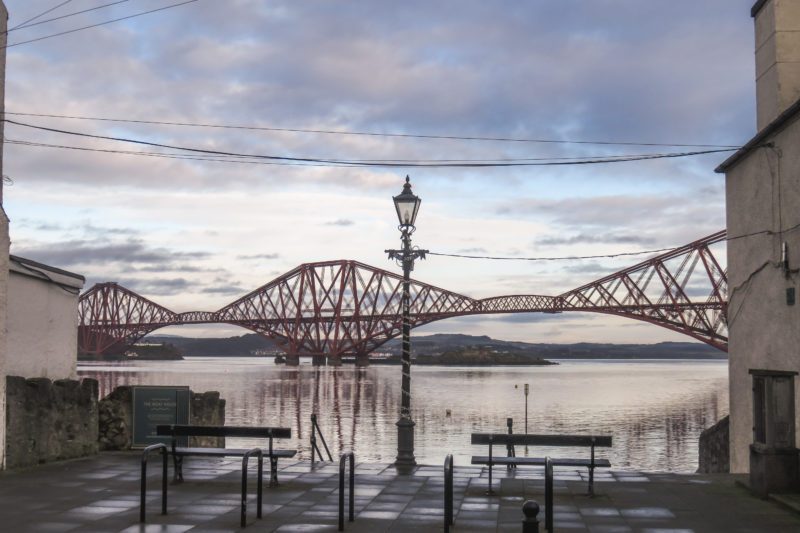 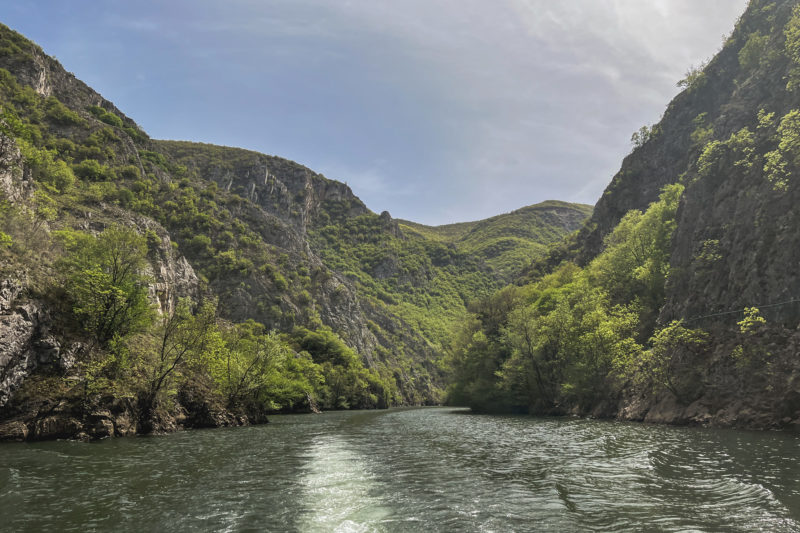